Whether you’re taking care of a small yard or an entire neighborhood, making sure your equipment works like it’s intended is vital. These fuel additives will help keep your lawn mowers engine clean, free of gum and gasoline varnish, as well as protect against ethanol corrosion and poor-quality gasoline. Here’s our favorite fuel additives for lawn mowers, and our expert opinion on which ones are best.

What are fuel additives?

Fuel additives are chemicals that are designed to blend and mix with fuel, improving the properties of the fuel. There are many such chemicals, but common fuel additives can contain such things as:

There are many such chemicals, and in fact many perform several of those jobs at the same time. The manufacturers of fuel additives extensively test to make sure that their blend is compatible with the types of fuel normally encountered.

The federal government mandates a minimum of detergent additives in gas, to help reduce pollution and optimize efficiency. These detergents cost money however, and more detergent would mean more expensive fuel. At today’s already expensive fuel prices, this is a benefit that few would spend extra for. Some types of premium fuel such as Shell V-Power market themselves as having much more detergent than the federal standards, but these detergents do little to help stabilize fuel for long term storage or remove water that has entered a fuel system. Combine that with ethanol fuels poor storage attributes as well as tendency to pull water from the air, and your basic gas from the pump just isn’t enough anymore.

Ethanol in fuel is a mixed blessing. It’s much safer than the MTBE, which was used in the past, but tends to absorb moisture from the air. This moisture can cause rust, oxidization, and in some cases bacterial growth in fuel tanks.

Many fuel additives are multipurpose, and useful in any engine- be it a snow blower, lawn mower, pressure washer, or other device. But the summer weather many people associate with mowing lawns means different needs than that of the cold winter months. In order of importance, we gauged additives effectiveness in this order.

In the hot summer months, stabilizing fuel and preventing ethanol issues is going to give the greatest increase in reliability, followed by cleaning ability and improving fuel efficiency. Water removal is at the very bottom, as fresh gas tends to be readily available. If you’re having water issues, checking your fuel supplies as well as using a separator funnel can often solve many of these problems.

StarTron Fuel treatment uses an enzymatic technology to prevent ethanol related gas oxidization, as well as stabilize fuel and help keep engines clean. The manufacturer makes strong claims about rejuvenating old gasoline and “curing ethanol problems”, specifically regarding small engines. The treatment rate is EXTREMELY economical, with a 16oz bottle being able to stabilize 256 gallons of gas. We’re not sure about those claims, but for the value minded consumer this could be the one to get. StarTron also helps to keep engines clean and help reduce and/or eliminate gum and varnish in the fuel system. This gets our value pick due to the very economical treatment rate. A little seems to go a long way with this stuff, and the high reviews seem to back that up.

SeaFoam has quickly become the gold standard of fuel additives, originally made to help marine outboards run better. It’s popular among not just automotive circles but in small engine users as well; because it works. Seafoam claims to be able to clean carb jets, reduce moisture in fuel, stabilize fuel up to 2 years, remove deposits and lubricate your fuel system. Many we’ve spoken too will use nothing else, because Seafoam does everything well enough.

Described by some as “Stabil on Steroids”, PRI Research claims that PRI-G can restore even stale, bad fuel to a usable condition. PRI-G vs Stabil has become the new “which truck is better?” among some we know, and we know better than to get into that fight. PRI-G makes the usual claims like other additives, about improving combustion efficiency and fuel system cleaning. One thing we do know, the people that use this stuff seem to really like it, a sure sign of an excellent product.

Sta-Bil has been around for a long time, and for many this was the first fuel additive they ever heard of. Primarily a fuel stabilizer, it also helps to remove water, prevent corrosion, and keep your fuel system clean. Stabil claims to be able to stabilize fuel for up to 2 years. We’ve found that while this is a good product, it doesn’t seem to be as effective in ethanol fuels. Use it if you have it, but we’d recommend using the 360 products over this one if you can find it.

Sta-Bil 360 is like original Sta-Bil, mainly being a fuel stabilizer. However, unlike the original, this product is specifically designed to give protection against ethanol- at the cost of only stabilizing fuel for 12 months instead of 2 years. Sta-Bil 360 also helps reduce harmful gums and fuel system varnish, to keep the carburetor or injectors of your equipment clean.

ArchOil is a newer product, and very popular among users of Diesel Engines. However, Archoil AR6200 can also be used in gas. This product is primarily a combustion enhancer, claiming up to a 5% improvement in overall MPG. In fuel injected machines this may very well reduce the fuel required, but we’ve found that in traditional carbureted equipment it seems to have little effect. Archoil AR 6200 also contains a fuel stabilizer, and some amount of detergent to help remove fuel system varnish and keep the engine clean.

Techron is a best-selling product, primarily targeting the automotive market. It’s one of the earliest fuel system cleaners to contain PEA, a newer type of fuel detergent that works better in modern engines. Techron doesn’t claim to be able to stabilize fuel, however for rough running engines which are simply in need of a good cleaning; this could be a great choice. At a treatment rate of only 1oz per gallon of fuel, you get enough for 32 gallons of gasoline.

STP Ultra 5-in-1 Plus System Cleaner and Fuel Stabilizer

STP Ultra 5-in-1 Plus seems to be the best “general purpose” additive we’ve tried. STP claims that 5-in-1 plus contains 3 times the amount of detergent as normal gasoline, plus contains a strong dose of fuel stabilizer and ethanol fighting power. We’ve tried this in not just our lawn mowers, but snow blowers and cars as well; and it works equally well in every application. Like the Gumout and Seafoam products, STP Ultra 5-in-1 Plus is a multipurpose additive, that can be used in the oil as well as fuel. This is our current favorite of the bunch, and we think you’ll like it too

An older product, Lucas Fuel Treatment has been around a long time, and is popular in the Truck and Racing communities. Lucas Fuel treatment contains an upper cylinder lubricant to increase efficiency, as well as some amount of detergent to help keep injectors clean. The product claims to be a “tune up in a bottle”. We’re not so sure about that, but it seems to have a popular enough following.

Marvel Mystery Oil has been around since 1928, and its red colored bottles and wintergreen scent have graced many a garage. While not containing advanced technology like some of the other additives we’ve mentioned, it’s still a great basic fuel additive for carbureted engines. The formula can also be used in oil to help clean and remove sludge. Cost is generally low and at a treatment rate of only 2 oz for every 5 gallons of fuel, it tends to be economical to use constantly as well.

Many of our experts anecdotally have noticed less fuel use as well as an elimination of spark plug and carbon fouling with using Marvel. It’s not going to be able to remove water from your fuel tank but is still a solid all-rounder for general use. The old timers also like to use this as a household oil and in their air tools, something we’ve started doing as well. 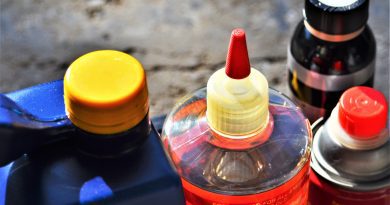 The Best Oil Additives for your snow blower, lawn mower, or small engine 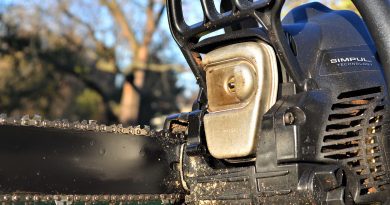 The number one (and two) reason your chainsaw wont cut

Whether you’re taking care of a small yard or an entire neighborhood, making sure your equipment works like it’s intended