Oil additives cause a lot of feelings in people. In small engines or large, it makes no difference. I’ll preface this by saying if you already have a strong opinion that “I dun need no additives” and “all you need is what’s in oil”; This article isn’t going to change your mind. But if you’re on the fence, or already have seen the benefits oil additives can provide in engines, read on.

Oil already has additives. Why do I need this?

This is usually the argument from people who are in the “no additives” crowd, and they’re right, oil does contain additives. But oil is also made by companies which are trying to turn a profit, which means often cutting corners wherever people wouldn’t notice. The oil you buy may meet stringent specifications from OEM manufacturers, but there is no guarantee you’re getting the best of what’s possible. Oil additives can help make up for some of these shortcomings. For instance, in flat-tappet engines it was found that the most recent oil specification (API SN Plus), while technically backwards compatible with older specs, contained inadequate amounts of ZDDP to protect some types of older equipment.

Oil has gotten much better in recent years. Changed regularly it’s rare you’ll see severe sludge problems, or lubrication issues like you would in the past. But many people don’t change the oil in their small engines, and only notice they have a problem when their lawn mower starts smoking or making funny sounds. Even more common is having vintage or secondhand equipment, and sometimes it’s up to you to make up for a past owner’s neglect.

This isn’t a scientific analysis (for that, go to BITOG), but we’ll share with you what our experiences have been with oil additives, over many years of use.

Rislone and Marvel Mystery Oil fall into this class, helping to clean sludge from engines. They usually contain some amount of solvent or detergent, to help break up and dissolve sludge so it can be removed during the next oil change. Some people like to use these products as preventative maintenance, with the concept of keeping build up from occurring on surfaces to begin with.

Lucas, STP, and Hyper-Lube Oil treatments fall into this class. Usually they’re a thick substance that is designed to increase the viscosity of oil or make it ‘tackier’, so it sticks better to bearings, valves, and internal engine parts. It’s popular to use these products in engines that are burning oil, or to help increase compression on very worn engines. This doesn’t fix the underlying mechanical problems, but it often does extend the useful life of marginal engines by a small degree.

Prolong, MotorKote, and LiquiMoly products are of this type. Zinc replacement additives also fall into this category. Usually they contain some sort of extreme pressure lubricant, or a colloidal solid lubricant such as Molybdenum Disulfide (MOS2), Hexagonal Boron Nitride (HBN), PTFE, ZDDP, or various other esters and compounds. These interact with your oil or metals in your engine to make slippery films, so less wear occurs, and the film strength of your oil is increased. These products tout a generalized decrease in wear and friction in your engine.

Hyper Lube Zinc Replacement Additive, and Rislone Zinc Additive fall into this class. They’re either compounds that help the small amount of ZDDP work better, and more easily create anti-wear films; or increase the levels in your oil to that of older specifications.

There are too many products on the market to possibly review them all. We’re only going to focus on the ones we’ve personally tried and think would also work for you. Much of the advice here on oil additives also applies to engines of any size. Don’t be afraid to apply it to your car, truck, or other power equipment.

You probably read about this over in our fuel additive section. Marvel Mystery Oil (MMO) has a high amount of solvency to help remove engine sludge, and free oil passages. It can also help ease starting in colder weather, should your oil be inferior due to temperature, age, or quality. Many old timers use it as a general-purpose penetrant and light oil much like WD-40. In badly maintained equipment, Marvel Mystery Oil can also have a cleaning effect on hydraulic systems and transmissions, helping to free up sticky valves and mechanisms. Some like to run it year-round, and according to the bottle you can do just that.

An engine oil cleaner additive, Rislone is a “gentle” cleaner for dirty, poorly maintained engines. Replacing 20% of your oil with Rislone will help sludge to disperse into the oil permanently, so it can be removed at the next oil change. Compared to more aggressive cleaners such as Marvel Mystery Oil or engine flush type products, this could be a good choice if you’re concerned about seal integrity or if engine oil residue build up is limiting oil leaks.

Prolong has been on the market since the 1980s and contains a compound with extreme pressure properties. Prolong has had some issues in the past with the FTC, however we’ve personally only seen positive benefits from using this product. Engines seem to run a bit quieter, and use slightly less fuel, a perhaps 1 to 5 percent increase in fuel economy. In one user’s case, using this product in an older, well used mower increased the amount of lawn it could cut on a single tank by 25%, a significant reduction in both friction and fuel consumption. We really like Prolong, and we think others will as well.

Much like Prolong, MotorKote contains an extreme pressure additive, and claims to colloidally suspend itself in oil. This product has seen a massive increase in popularity in recent years, thanks to unbiased testing done by a consumer-reports style youtuber. Their testing culminated in running a MotorKote treated engine with the oil drained, and filled with water (!) for over an hour, that suffered no ill effects thanks to the MotorKote coating. We’ve only tried this for a short time, but it seems to be perform very similarly to the Prolong product; Slightly reducing engine noise and fuel consumption.

Liqui Moly (Lubro Moly- Same company!) MOS2 is Colloidal Molybdenum Disulfide, dissolved in an oil carrier. Very popular over in Europe, MOS2 forms films on the insides of metal surfaces. These films easily can “slide” over each other, reducing friction in an engine. Many motor oils contain molybdenum as a friction modifier in some form, and not necessarily the solid ‘grey’ type seen in the MOS2 additive. Anecdotally, the equipment and cars we’ve tried this in do seem to run a bit smoother. But there is a running in time of around 10 hours with the additive before you really see the effects. LiquiMoly also makes a ceramic version of this additive called Cera Tec, which touts reduced temperatures as well. You can find that on amazon here.

Hyper Lube is an oil stabilizer- that is, it causes oil to behave like a thicker one, and increase its ability to stick to parts. This is touted to increase film strength and reduce consumption of oil, as well as issues such as smoking due to oil burn. Oil stabilizers are very popular in older equipment, often used to extend the working life of engines that have mechanical problems or are extremely worn. Modern oils changed regularly usually don’t get to this point, with the engine often being the last thing to wear out on a lawn mower or snow blower. But if you are dealing with used, or very old equipment; this product might be just what you need.

Another popular oil stabilizer, Lucas often has a neat store display of how their oil stabilizer works. By turning a hand crank, you can visually see the oil sticking better to the mechanisms inside. It’s extremely popular in auto circles. Like Hyper Lube, Lucas Oil Stabilizer is a good choice for older, vintage engines near the end of their life; often with varying mechanical issues. It’s not unknown to cover up severe problems such as rod knock with products like Lucas Oil Stabilizer, so buyer beware when they get a used mower or snow blower in “great shape”, when really, it’s been severely abused.

Rislone “710” High Performance Engine Oil Treatment is yet another product like Lucas, Hy-Per Lube, and other oil tackifiers. If you remember “STP” from the 1970s, this is a thick, tacky heavy duty oil stabilizer that is designed to increase the viscosity of oil. The thicker oil film then helps with reducing noise, while the tackifier helps to eliminate dry starts in lesser used equipment. Rislone 710 also increases oil pressure- a smart choice for older equipment you can’t afford to replace quite yet and want to get a few more seasons out of.

This is a ceramic engine oil additive primarily designed for cars but can also be used in 4 stroke power equipment. It contains a sizable portion of Molybdenum, Boron and other additives which under heat and pressure, form a ceramic anti-wear film on the inside of your engine. Results have been mixed- in vehicle applications it can take upwards of one thousand miles before full results are seen, but in the small, hot running engines seen in modern power equipment, this additive would be worth experimenting with. Remember to follow manufacturer’s instructions and adjust the amount used for oil in your engine- more is NOT better with additives of this type, and too much can have a detrimental effect on your engine.

Oil additives aren’t for everyone, and regularly changing modern oils probably means you don’t need one. But if your equipment is old, or you want a slight performance edge; It’s not a bad idea to consider some of the oil additives we’ve listed here. Not everyone has the time, money, or technical acumen to completely rebuild an engine should mechanical problems start. But if using an additive means getting you through the season or making your engine “good enough” again so you can get the job done, then you’ve come out ahead. The lubrication enhancer type additives can often give your equipment higher reliability, and a chance to recover from severe malfunctions such as no oil, or inferior oil. If you’re a business owner or fleet manager, this may be something to consider. 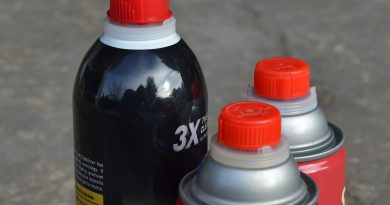 Fuel additives for your snow blower or small engine 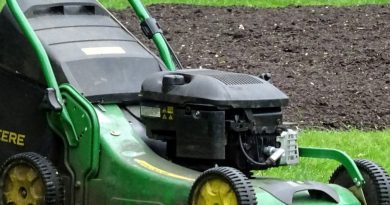 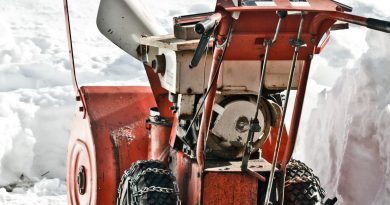 Our broad overview and top 3 recommendations for home weather monitoring